The library book group will meet on Wednesday October 28th at 1pm for a discussion of Sweetland by Michael Crummey. Copies of the book are available to borrow at the library.  Audiobook and large print book editions also available.  All are welcome! 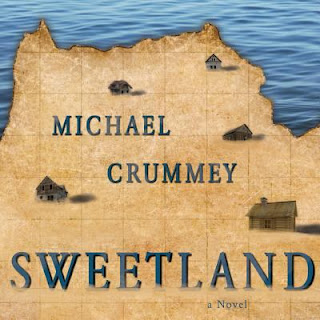 The scarcely populated town of Sweetland rests on the shore of a remote Canadian island. Its slow decline finally reaches a head when the mainland government offers each islander a generous resettlement package--the sole stipulation being that everyone must leave. Fierce and enigmatic Moses Sweetland, whose ancestors founded the village, is the only one to refuse. As he watches his neighbors abandon the island, he recalls the town's rugged history and its eccentric cast of characters. Evoking The Shipping News, Michael Crummey--one of Canada's finest novelists--conjures up the mythical, sublime world of Sweetland's past amid a stormbattered landscape haunted by local lore. As in his critically acclaimed novel Galore, Crummey masterfully weaves together past and present, creating in Sweetland a spectacular portrait of one man's battle to survive as his environment vanishes around him.

Pick up a copy of Unbroken by Laura Hillenbrand at the Reference Desk in the library and join us on Wednesday September 23rd at 1pm by the fireplace to discuss this thrilling book!


On a May afternoon in 1943, an Army Air Forces bomber crashed into the Pacific Ocean and disappeared, leaving only a spray of debris and a slick of oil, gasoline, and blood. Then, on the ocean surface, a face appeared. It was that of a young lieutenant, the plane's bombardier, who was struggling to a life raft and pulling himself aboard. So began one of the most extraordinary odysseys of the Second World War. The lieutenant's name was Louis Zamperini. In boyhood, he'd been a cunning and incorrigible delinquent, breaking into houses, brawling, and fleeing his home to ride the rails. As a teenager, he had channeled his defiance into running, discovering a prodigious talent that had carried him to the Berlin Olympics and within sight of the four-minute mile. But when war had come, the athlete had become an airman, embarking on a journey that led to his doomed flight, a tiny raft, and a drift into the unknown. Ahead of Zamperini lay thousands of miles of open ocean, leaping sharks, a foundering raft, thirst and starvation, enemy aircraft, and, beyond, a trial even greater. Driven to the limits of endurance, Zamperini would answer desperation with ingenuity; suffering with hope, resolve, and humor; brutality with rebellion. His fate, whether triumph or tragedy, would be suspended on the fraying wire of his will. 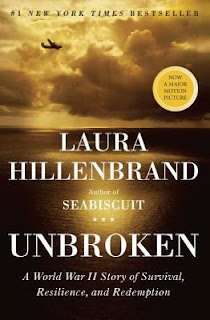