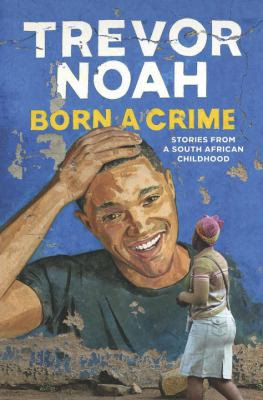 South African comedian Noah brings a fresh and tonic perspective to the role of host for The Daily Show, frequently joking about life as a mixed-race child under the tyranny of apartheid. He now reveals the full brunt of the terror and diabolical absurdity he endured in this substantial collection of staggering personal essays deftly shaped by his stand-up gifts for timing and precision. Incisive, funny, and vivid, these true tales are anchored to his portrait of his courageous, rebellious, and religious mother, who defied racially restrictive laws to secure an education and a career for herself and to have a child with a white Swiss German even though sex between whites and blacks was illegal; neither parent could be seen in public with their son. So dangerous was life for mischievous, polyglot Noah that he spent much of his time alone indoors and later endured hunger, homelessness, jail, and violence. But his episodic and electrifying memoir sparkles with funny stories of epic teen awkwardness, astounding accounts of his nervy entrepreneurial success as a music bootlegger and DJ, and vibrant and insightful descriptions of daily life in Johannesburg and Soweto. Noah's coming-of-age paralleled South Africa's emergence from apartheid, and his candid and compassionate essays deepen our perception of the complexities of race, gender, and class. Hopefully, Noah will continue to tell his bracing and redefining story. --Seaman, Donna Copyright 2016 Booklist
Posted by Hopkinton Town Library No comments: